Herbanatur has specialized for nearly two decades in the development of innovative spraying technologies that optimize the performance of invasive and toxic species management operations.

We offer the public and private sector various specialized services involving the management and control of unwanted vegetation.

Our expertise developed in the field over the past twenty years gives us know-how recognized and proven by the Quebec Ministry of Transport (MTQ) and the Society of Outdoor Establishments of Quebec (SEPAQ).

Several Quebec municipalities can also testify to the purity and effectiveness of our interventions.

To be able to significantly lower the pollen concentration in the air and gradually reduce the reservoir of viable seeds in the soil, the strategy proposed for each season consists in:

1- Locate and map out ragweed throughout the territory

2- Control over a period of five consecutive years

3- Measure the pollen concentration during each season

4- Decide on the performance of operations

6- Improve the overall performance of operations

This scientific aerobiology component set up by Herbanatur, Inc. consists of taking daily samples from pollen sensors and measuring the pollen level produced by Ambrosia on different sites treated with our herbicide ecological compared to neighboring untreated sites. This exercise is repeated simultaneously on a dozen different regional sites during the months of July, August, September and October. A scientific reference report is published each season.

To determine the concentration of ragweed pollen in the air, expressed as the number of grains per cubic meter of air (grains / m3), an independent laboratory (Aerobiology Research Laboratories) analyzes the stems to determine the number of pollen grains in the samples that have been taken. For the sake of transparency, all the sampling stations were installed in the backyards of randomly selected citizens. These citizens are responsible for collecting all samples daily. The number of pollen grains is determined by microscopic examination of the polystyrene rods. The study of the stem is done using a 20X magnification and 15 microscopic fields have been analyzed. Ambrosia pollens were distinguished from other particles and counted.

References:  The city of Montreal’s air quality monitoring network (RQSA2003), based on studies by Comtois (1995), established risk levels of allergic rhinitis for the population based on the pollen concentration according to the following grid.

Intervention frame: Pollen peaks take place around the third week of August and last until the end of September. Average temperatures for October are increasing year by year, extending the pollen season to the first frost.

Mowing: The synchronization of mowing operations just before the control operations allows us to maximize our interventions in certain problematic sectors.

According to aerobiology reports, the pollen concentration is on average 4 to 6 times lower in the treated areas. We are therefore able to improve in the short term the quality of life of those who suffer from respiratory allergies and thereby reduce the substantial socio-economic impacts caused by the pollen of this plant.

We can confirm that after 3 consecutive years of systematic intervention throughout the territory that the plant cover of Ambrosia can be reduced by 50% on 70% in treated areas.

A reduction of four to six times on the quantity of allergenic pollen in the treated sectors compared to the untreated sectors. No significant negative effects on the surrounding environment or vegetation could be observed.

Problematic infrastructures:  The road corridors are very favorable for the dispersal of seeds of Ambrosia. These wind corridors disperse billions of viable seeds from plants that are found along infested roads each season and help increase the amount of pollen in certain areas depending on the wind direction.

Protection: It is very important to protect areas that have been controlled for the past four years by limiting the spread of viable seeds from nearby infested areas. All public and private managers in the areas controlled by our action plan should be invited to follow our example. 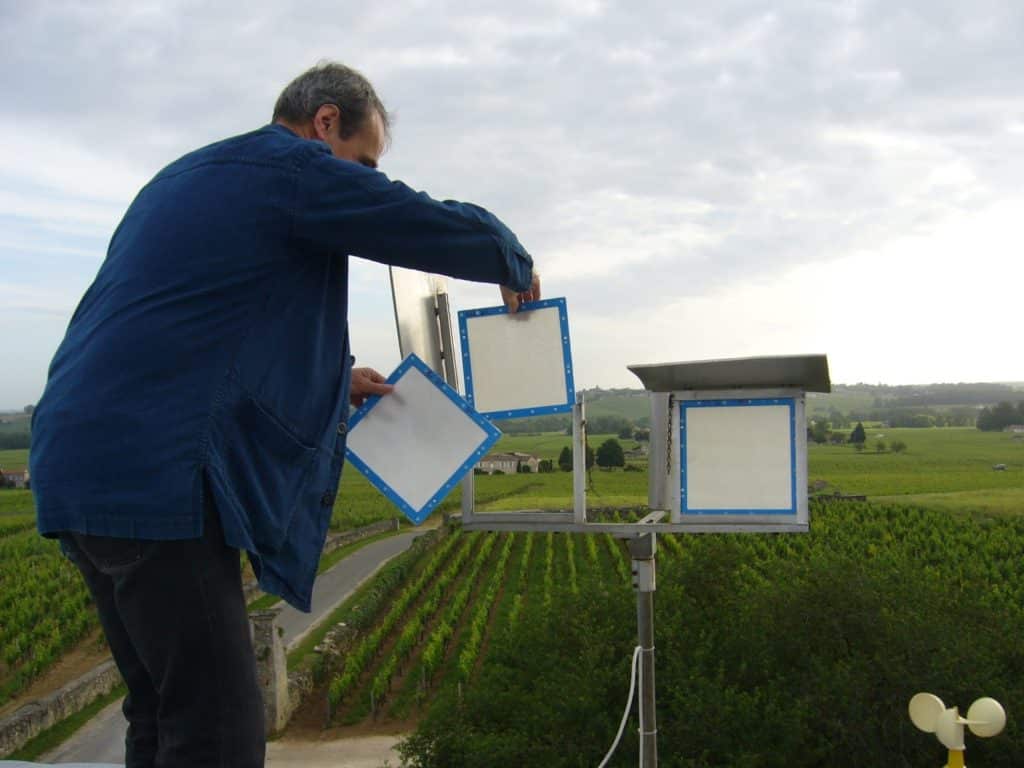